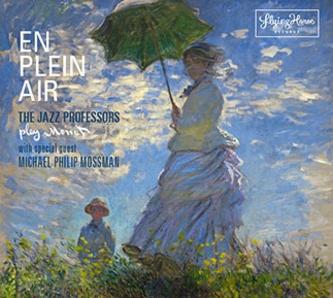 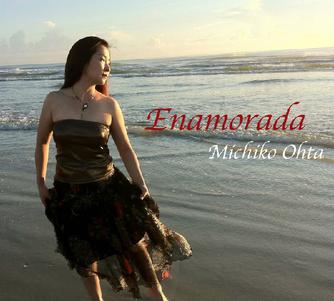 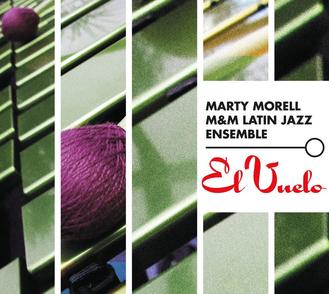 Music from the heart 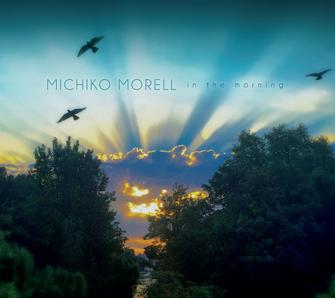 Michiko Ohta (Morell) 's first solo CD. EnamoradaReleased on 11/11/2011
With producer Marty Morell, Michiko Ohta brings you 8 beautiful Latin standards and one original "Para Siempre". Morell's jazz and well diversified musical background and his tenure with the Bill Evans Trio, is clearly evident with the treatment of these traditional Latin songs. On this beautifully produced CD, with the help of modern technology, Morell performs all the parts on these 9 tracks and with over dubs by Jeff Rupert (sax), Jose Rodriguez (trp/fl. horn), Genta Ueki (guitar) and Percussion and drums by Michiko and Marty, they complete this wonderfully engaging production. Michiko Ohta's passionate, deeply felt renditions of these traditional Latin songs will surely touch your heart and her original composition "Para Siempre" shows that she is not only a fine vocalist but an accomplished musician as well.
Purchase 'Enamorada' on cdbaby

The Jazz Professors Play Monet with special guest Michael Philip Mossman
'En Plein Air'Released on Flying Horse Records in 2015 En Plein Air, a French expression meaning “in open air,” is the third album from The Jazz Professors. It is a themed recording conceived as a complete project. The charge for Per Danielsson and Richard Drexler was to compose music inspired by the art of Claude Monet, and, along with director Jeff Rupert's composition, these songs debuted live at the UCF-Orlando Jazz Festival. Mike Mossman was a guest on the bill and was excited to join the endeavor.
Rupert selected specific paintings for each composer, art that would evoke different moods, though complementary to each other, as if the works were exhibited together in a gallery.
The French Impressionists captured light at a moment in time. Perhaps the jazz soloist is the American equivalent, playing what he or she hears in the moment.
Purchase 'En Plein Air' on Flying Horse Records

Michiko (Ohta) Morell's second solo CD. In the MorningReleased on 10/27/2015
“In the Morning” ~Great Composers~ is Michiko Morell’s 2nd solo CD. It is produced by both her and her husband Marty Morell. The Japan born Michiko Morell displays her multi lingual talents as a vocalist. The music on this recording, is a compilation of songs written by some of the great writers of all time. Cole Porter, George Gershwin, Michel Legrand, Kurt Weill, Stevie Wonder and others. The treatment of these songs is completely original and they are beautifully arranged by Marty Morell. With wonderful solos by Jeff Rupert (tenor sax), Bobby Koelble (guitar) and Marty Morell (marimba), you will surely enjoy listening to these renditions. Michiko Morell’s ability to sing in 3 different languages, is quite an accomplishment. Summertime, Speak Low, You Must Believe In Spring, So In Love  and Send One Your Love are sung in English and Con Amor (Love Theme From Spartacus), Drume Negrita, No Me Platiques Mas and Sonrie (Smile) in Spanish and the original title tune “In the Morning” is sung in Japanese. The CD “In the Morning” is a wonderful collection of songs not only from the American song book but from the International song book as well.
Purchase 'In The Morning' on cdbaby